John McCain has been subject to criticism from evangelical Christian leaders, such as James Dobson, in recent weeks. Pew Forum Senior Fellow John Green looks at the importance of the evangelical vote for the McCain campaign, the impact of Mitt Romney’s withdrawal on the race for the Republican nomination and the challenges posed by religious constituencies for the remaining Republican and Democratic candidates.

In this Q&A:
Evangelicals and the McCain campaign
The impact of Romney’s withdrawal
Dobson’s endorsement of Huckabee
Other candidates’ religious challenges 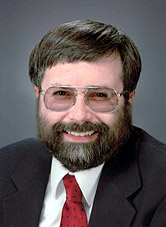 How important are evangelicals to John McCain’s candidacy?

John McCain has built a broad coalition of different groups in the Republican Party, and white evangelical Protestants are part of that coalition. For instance, when he won in South Carolina, he received 27% of the evangelical vote, a little bit behind Mike Huckabee but still quite respectable in a multi-candidate race. In the key primary state of Florida, McCain got 28% of the evangelical vote, also just behind Huckabee. And in New Hampshire, he actually tied with Huckabee, each with 29% of this religious group’s vote. So white evangelicals have played an important role in the McCain campaign thus far, even though he hasn’t come in first among them. It looks like McCain may win the Republican presidential nomination with this level of support from white evangelicals.

But the more interesting question is what this level of support would mean for the fall election. White evangelicals have been a very strong Republican constituency – the exit polls in the 2004 general election showed that 78% of white, born-again Protestants voted for George W. Bush. Thus, in that very close election, evangelicals were quite important to Bush. And if the 2008 election is close, they would be as important to the Republican nominee. McCain may have some trouble achieving that level of support from white evangelicals given that a majority of them preferred other candidates in the primaries. In addition, many of the leaders of the Christian right have been hostile to McCain.

In fact, evangelical broadcaster and psychologist James Dobson said in a statement this week that he does not consider McCain a conservative and if McCain is the Republican nominee in November, he will not vote for him. What influence might Dobson have on evangelical voters in regards to McCain?

I was not at all surprised by James Dobson’s comments about McCain because there’s been a lot of tension between Christian right leaders and McCain for quite some time. In the 2000 presidential election, there was a rather famous speech in which McCain identified Pat Robertson and Jerry Falwell as “agents of intolerance.” There have been policy differences between Dobson and McCain, and McCain is not the kind of Republican Dobson would like to see heading the ticket in any election, let alone what appears to be a crucial and close election in 2008.

What does McCain need to do to rally evangelicals?

I would not presume to advise the McCain campaign on strategy or tactics. However, recent history would suggest that he needs to mend fences with the leaders of the Christian right and also find ways to appeal to rank-and-file evangelicals directly. It’s important to remember that when Bush first ran for president in 2000, he was not the favorite candidate of evangelicals or of the Christian right. In fact, there was some prospect that McCain, a Bush opponent in that race, might have been favored by evangelicals. During the course of the campaign, Bush developed a rapport with evangelical voters, essentially going around the leaders of the Christian right. Eventually, however, the leaders came into the Bush camp as well. In contrast, McCain developed a negative relationship with evangelicals and particularly with Christian right leaders. There is some evidence that the McCain campaign has been trying to repair this damage. In 2006, McCain spoke at Liberty University, the college founded by Jerry Falwell. And in the 2008 campaign, McCain has stressed his social issue credentials, such as his anti-abortion position.

Could criticism from religious conservatives actually help McCain with independents or moderates who may consider voting for him?

Overall, McCain is perceived as a moderate Republican. This perception has arisen in part from his actions during the Bush administration. For example, on some matters, such as the Iraq war, he’s been very supportive of the president, but on other matters, such as tax cuts, he has challenged Bush. So McCain may benefit from conservative criticism because it further establishes him as a moderate and independent voice in politics. This effect could also occur within the evangelical community itself, among voters who are not supportive of the Christian right. So there are often numerous effects of criticism from Christian right leaders.

A Pew Research Center for the People & the Press analysis of polling data showed that McCain had actually pulled even with Huckabee among evangelicals heading into Super Tuesday. Is that at all surprising?

Sen. McCain has been winning primaries, and the survey analysis shows he’s been gaining among most religious communities in the Republican Party, including evangelicals. That may be largely just an effect of the primary process itself. It could also be that many Republican voters, evangelical or otherwise, are concluding that John McCain would be the best of the available candidates to be their party’s presidential nominee. In addition, the Florida exit polls asked Huckabee voters who their second choice would be for the GOP nomination, and 55% said McCain. Taken together, these findings suggest that McCain can improve his standing among evangelicals.

How might Mitt Romney’s withdrawal from the campaign impact religious voters who supported him? Are most of them likely to shift their allegiance to McCain, Huckabee or neither one?

Romney’s exit may effectively end the Republican nominating contest. But if it does not, many of Romney’s supporters may support Huckabee as opposed to McCain. In fact, there is survey evidence that many of Romney’s backers do not like McCain. But many of these same voters may find McCain more attractive on economic and foreign policy issues than Huckabee.

How important have evangelicals been to Huckabee’s success thus far?

Evangelicals have been absolutely critical to Mike Huckabee, beginning with his surprise victory in the Iowa caucuses and continuing down to his victories in Southern states on Super Tuesday. Even in states where Huckabee hasn’t won, evangelicals supplied a very large portion of his vote. Gov. Huckabee has simply not been able to expand his support to other religious groups beyond the evangelical community. Absent an expansion of his supporters, Huckabee may find it difficult to effectively challenge McCain in the next round of primaries.

What do you make of Dobson’s endorsement of Huckebee?

If nothing else, Dobson is consistent: He is opposed to McCain, and Huckabee is McCain’s strongest opponent still in the race. This endorsement may help Huckabee increase his support among evangelicals, although as with Dobson’s criticism of McCain, it is hard to gauge how large that effect might be. However, Huckabee already has strong support among evangelicals and this endorsement is unlikely to help him reach beyond evangelical voters to other Republicans.

Are other candidates facing similar challenges with religious constituencies?

Religious constituencies present quite a few challenges across the primary field. For instance, if Hillary Clinton becomes the Democratic nominee, she would need to mobilize black Protestants, a key Democratic constituency that has been very supportive of Barack Obama. And Obama has had some difficulty with white Catholics, a constituency he will need to swing his way if he is the Democratic nominee. So both Clinton and Obama may have problems with key religious groups, similar to McCain’s problem with white evangelicals.

There also has been some discussion that Obama has much work to do to appeal to Jewish voters. Is there evidence of this?

Barack Obama has not done very well with Jewish voters in the early primary contests. They have solidly supported Hillary Clinton in the states where Jews are numerous enough to be reported in the exit polls. There are lingering suspicions in the Jewish community about Obama’s commitment to Israel, and, on top of that, Obama is not particularly well-known in the Jewish community compared with Clinton.

McCain’s Lead Among Evangelicals Smaller than Bush’s in ’04