In 2003, the Episcopal Church, USA, ordained a gay bishop, igniting an intense debate within the church over its views on homosexuality. Some local congregations that opposed the ordination voted to break away from the national denomination, leading to complicated legal disputes over the ownership of church property. There have been a number of similar disputes in recent years involving Presbyterian churches and other denominations. To explore these church property disputes and their constitutional implications, the Pew Forum turns to church-state scholar Robert W. Tuttle.

In this Q&A:
What prompted the legal disputes?
The disputes in the courts
Constitutional issues
Looking ahead 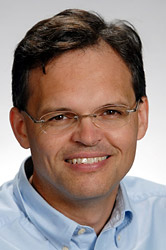 What prompted these legal disputes over church property?

The primary type of property at issue in these disputes is the congregation’s house of worship. For example, in a case taking place in Virginia, the fight is over the historic Falls Church, where George Washington was a church warden. But disputes also involve other sorts of property. One case, for example, involves a corporate jet that the local congregation bought.

How have the courts decided these cases?

What has caused this inconsistency?

To understand why there is inconsistency, you have to go back to the English law on this issue, which permitted courts to decide whether a congregation was justified in leaving its denomination. In making that decision, English courts would determine whether the denomination had remained faithful to its own religious tradition. If the court found that the denomination had been unfaithful, then the congregation was free to leave and maintain control of its property.

The U.S. Supreme Court rejected this approach in a case called Watson v. Jones (1871), which involved a division within a Presbyterian congregation in Kentucky over slavery. In that case, the Supreme Court said that the English approach was an inappropriate way for American courts to settle intra-church disputes because such a method would entangle secular courts in judgments about religious doctrines. The high court said that instead of considering religious doctrines, U.S. courts should base their rulings on whether the congregation in question belonged to a denomination that was hierarchical in character. So if a congregation consents to join a hierarchical church body, then the court should defer to that hierarchy’s decisions, including decisions about control over the congregation’s property. But if a congregation is not part of a hierarchical body, then the congregation’s members – usually acting by majority vote – are free to control the property.

There are about 100 pending lawsuits involving a national denomination and a local congregation fighting over who owns the church property used by the congregation. Below are descriptions of some illustrative cases from California, Colorado, New York and Virginia.

California
In 2004, St. James Church in Newport Beach voted to break away from the Episcopal Church and Los Angeles Diocese due to disagreements over the national denomination’s ordination of a gay bishop. In 2005, an Orange County trial judge found that St. James was entitled to its property, worth several million dollars. The trial judge reached this conclusion by applying the “neutral principles” approach, a doctrine that permits courts to apply secular legal principles in deciding disputes within religious organizations. But in June 2007, a California appeals court reversed this ruling and held that the trial court used the wrong standard. Instead, the appellate court explained, the trial court should have applied the “deference to hierarchy” approach, which allows courts to settle intra-church disputes by deferring to church hierarchy. Applying this doctrine, the California appellate court held that the Episcopal diocese was entitled to the property. This case has been consolidated with similar ones, and in September 2007 the California Supreme Court accepted a request to review these consolidated cases. The California Supreme Court is expected to decide this issue by the end of 2008.

Colorado
In May 2007, 93 percent of voting members of Grace and St. Stephen’s Church voted to leave the Episcopal Church and affiliate with the more conservative Convocation of Anglicans in North America (CANA). After CANA sued the Diocese of Colorado for ownership of the congregation’s property, which includes a $17 million historic landmark church in Colorado Springs, the Diocese filed a counterclaim, alleging that the Diocese is in fact the rightful owner of the property. The case is currently pending trial.

New York
In March 2005, St. James Episcopal Church in Queens broke away from the Diocese of Long Island and affiliated with the more conservative Anglican Church in America. The breakaway members sued the diocese, claiming that they were entitled to the St. James property because the Church of England created the parish before the Episcopal Church existed. But in March 2008, a New York trial court held that St. James became an Episcopal parish after the American Revolution and the property, therefore, belonged to the Diocese of Long Island.

How has this approach fared in the courts?

For the next 100 years or so, this idea of deference to church hierarchy was common among the states. But this changed in the 1960s when there was another big round of fights within churches. These disputes resulted from the growing perception that national bodies had become too liberal on issues such as civil rights and the Vietnam War. And this was exacerbated in a number of traditions in the early 1970s by the ordination of women to pastoral roles.

In deciding these cases, many courts were looking for alternatives to the rule adopted by the Supreme Court in Watson. The alternative arrived in Jones v. Wolf (1979), a case involving a Presbyterian church in Georgia, in which the high court approved a second way of resolving the disputes. Under the new approach, courts apply secular legal principles to hear and decide disputes within religious organizations. In applying this approach to church property disputes, courts examine the property documents to see whether the documents themselves identify who owns the property. The first approach – from Watson v. Jones – has come to be known as the “deference to hierarchy” approach, and the second approach is known as the “neutral principles of law” approach.

So now we have two alternatives, and states can choose between them. Since the Supreme Court’s ruling in Jones v. Wolf, most states have adopted the neutral principles approach.

How different are the two approaches?

Are there any states that have not yet decided whether to adopt the traditional deference to hierarchy approach or the newer neutral principles approach?

One especially interesting constitutional dispute involves a number of Episcopal congregations in Virginia that have broken away from the national denomination. An unusual statute dating back to 1867 governs this dispute. The statute says that when a denomination is divided, a congregation within that denomination is free to vote on which part of the divided church it wants to join. Most significantly, the congregation gets to take its property, even if the denomination’s rules say otherwise. But it’s not clear that this way of resolving church property disputes is constitutional – it’s certainly different from the deference approach in Watson v. Jones and the neutral principles approach in Jones v. Wolf. The Virginia approach isn’t deferential to hierarchy; nor is it looking just at property and governance documents. Instead, the statute seems to say that if a court concludes that a denomination has divided, then rules of the denomination regarding control of congregational property no longer apply.

The constitutional question is whether this approach gets civil courts too entangled in religious matters. Those who are challenging the statute say that it requires courts to make a religious determination of what counts as a “division.” But those who defend the statute say that a civil court can decide when a denomination has become divided without getting into the substance of the religious controversy.

The court’s ruling is expected sometime over the summer. [On June 27, 2008, the Virginia trial court ruled that the statute is constitutional and that the property belongs to the breakaway congregations.] If the court decides that the statute is unconstitutional, then the court would presumably resolve the dispute under the neutral principles standard, since that is the standard that most states follow.

On the other hand, if the court decides that the statute is constitutional, the property would be awarded to the local congregations – at least in the short term – but, no doubt, the Episcopal Church would appeal. Either way, I think this case is ultimately destined for the Virginia Supreme Court because whichever party loses at this stage is going to want an appellate ruling on whether the statute is constitutional.

Is this the type of case that the U.S. Supreme Court would take?

It’s hard to say, but it’s possible that the high court would take such a case to impose some uniformity on the law.

Do you expect the number of these cases to increase or decrease in the future?

I think that we are seeing the bulk of Episcopal and Presbyterian church cases. Congregations that are interested in leaving those bodies are in the process of doing so now, and these cases will be heard and resolved within the next five years.

But there are other denominations that also have property disputes. For example, the Assemblies of God, the African Methodist Episcopal Church and even some parts of the Baptist tradition have relationships between the denomination and individual congregations that give the denominations a degree of control over the congregational property. Right now we are looking at disputes primarily over homosexuality or the liberal direction of national bodies, but it’s easy to imagine different types of intra-church disputes arising in the future.

Religion and the Courts: The Pillars of Church-State Law