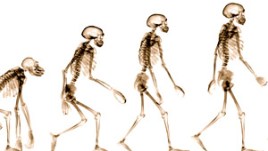 Updated February 3, 2014 Buddhism Many Buddhists see no inherent conflict between their religious teachings and evolutionary theory. Indeed, according to some Buddhist thinkers, certain aspects of Darwin’s theory are consistent with some of the religion’s core teachings, such as the notion that all life is impermanent. Religion East and West, “Buddhism and Science: Probing … Continue reading Religious Groups’ Views on Evolution

Copy and paste this URL into your WordPress site to embed

Copy and paste this code into your site to embed