By Frequency of Attendance 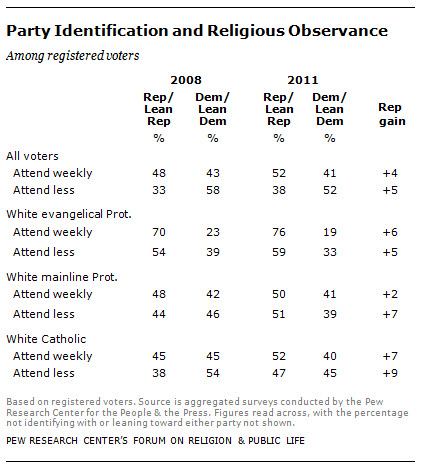 In 2008, white Catholics who reported attending religious services at least once a week were evenly divided between the Democratic and Republican parties. In 2011, by contrast, 52% of weekly attending white Catholics favor the GOP compared with 40% who identify with or lean toward the Democratic Party, giving the GOP a 12-point advantage. White Catholics who attend religious services less often clearly favored the Democrats over the Republicans in 2008 (by a 54% to 38% margin), but the GOP has pulled even among this group in polling conducted in 2011.