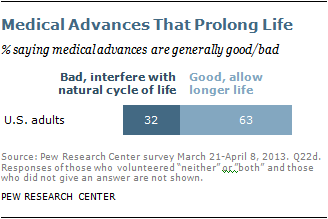 Before raising the topic of radical life extension, the Pew Research survey asked respondents about their opinions on medical advances in general. Overall, 63% of U.S. adults agree that medical advances that prolong life generally are good. About a third of U.S. adults (32%) say such advances are bad because they interfere with the natural cycle of life. 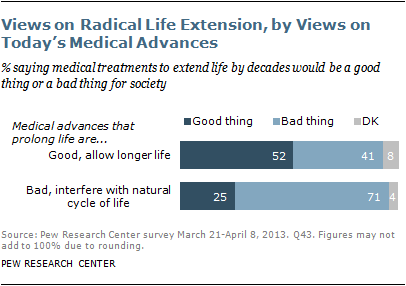 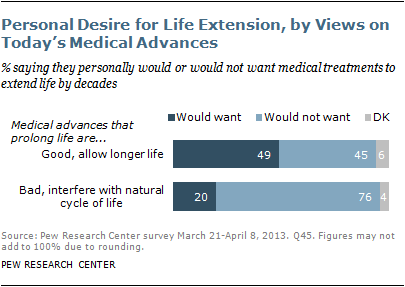 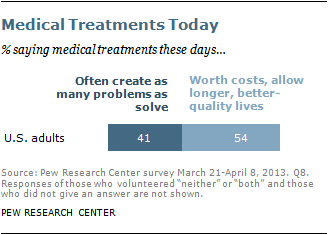 The survey also asked a separate question about the costs and benefits of today’s medical treatments. A majority of adults (54%) say that medical treatments these days are “worth the costs because they allow people to live longer, better-quality lives,” while four-in-ten (41%) say such treatments “often create as many problems as they solve.” 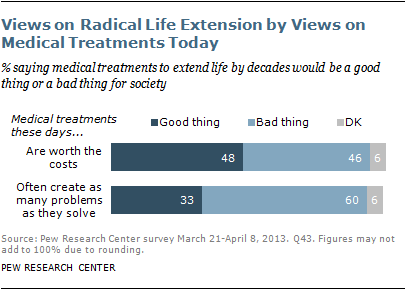 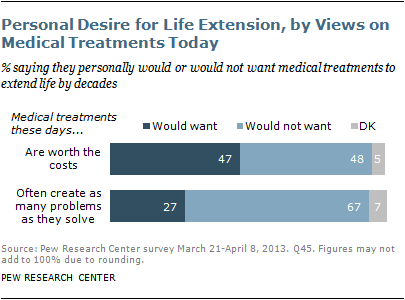 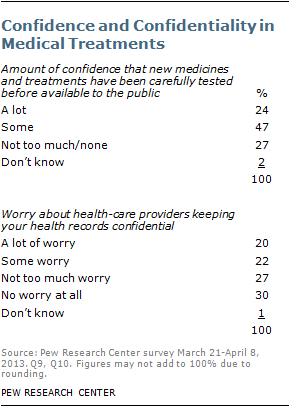 Concerns about the confidentiality of health records are not significantly related to beliefs about the overall effect of radical life extension on society or personal preferences for receiving such treatments.