Chapter 6: Radical Life Extension and Views on Other Life Issues 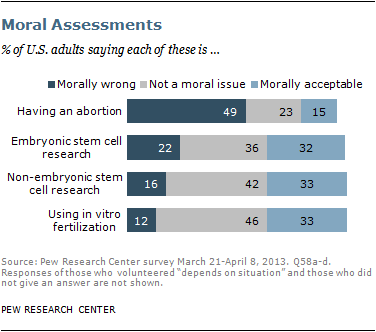 What are Americans’ views on other issues related to life and death? And how do these views relate to opinions about radical life extension?

About one-in-ten U.S. adults (12%) say using in vitro fertilization is morally wrong, while a third say it is morally acceptable, and 46% say it is not a moral issue.

Perhaps surprisingly, people’s moral assessments about these other bioethical issues are not strong predictors of where they stand on radical life extension. For example, Americans who consider having an abortion to be morally wrong are about equally likely to say they, personally, would want treatments to radically extend their life as others in the general public. 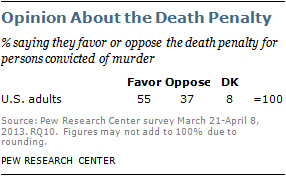 But opinions about another moral issue – the death penalty – tend to be more strongly related to views about radical life extension. Overall, a majority of adults (55%) favor the death penalty for persons convicted of murder, while 37% oppose it. 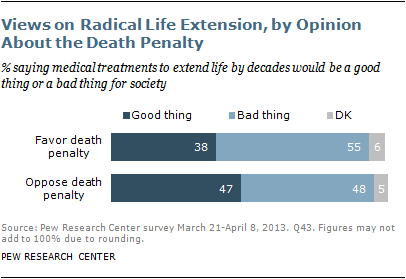 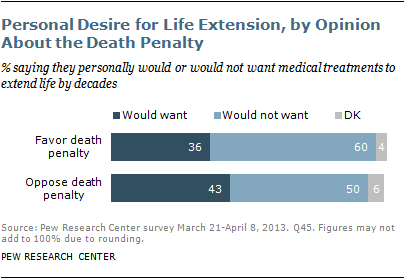 When it comes to moral assessments and opinion about the death penalty, there are sizable differences among political groups. Views about radical life extension, however, are only modestly related to partisanship. Democrats and independents who lean toward the Democratic Party are more inclined than their Republican counterparts to consider radical life extension a positive development for society (46% vs. 35%). But the two groups are about equally likely to say they personally would want to get radical life-extending treatments (40% among Democrats and Democratic leaners, 36% among Republicans and Republican leaners).