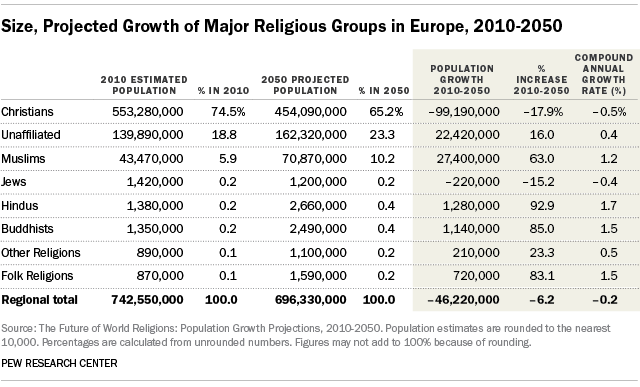 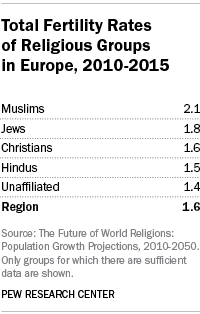 Europe’s Muslim population has higher fertility than other religious groups in the region. The Total Fertility Rate of Muslims in Europe is 2.1 children per woman in the 2010 to 2015 period. Other religious groups have fertility rates below replacement level, including Jews (1.8), Christians (1.6), Hindus (1.5) and the religiously unaffiliated (1.4). The low fertility rate in Europe as a whole (1.6) is largely responsible for the projected decline in the region’s total population. 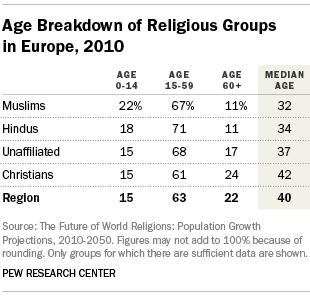 The religious groups projected to experience growth in Europe in the decades ahead tended to have younger populations in 2010 than the Christian majority. The median ages of Muslims (32), Hindus (34) and the religiously unaffiliated (37), for example, were younger than the regional median age (40) and the median age of Christians (42). 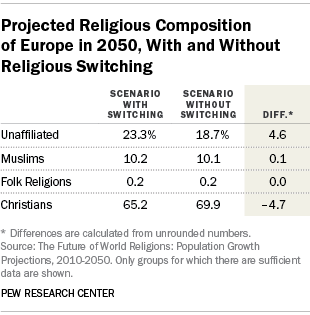 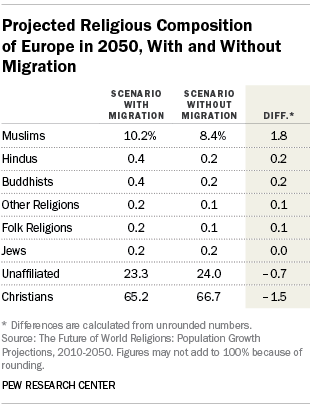 Migration is expected to alter the religious landscape of Europe in future decades. (For information on the impact of migration on the demographic projections, see Chapter 1.) In a projection with no migration, the Muslim share of Europe’s population would be expected to grow from 6% in 2010 to 8% in 2050. When expected migration is factored in, the Muslim share of the population forecast in 2050 rises to 10%.

Next: Latin America and the Caribbean Next Page → ← Prev Page