5. Women and men about equally likely to believe in heaven, hell and angels

Pew Research Center surveys in 63 countries have asked Muslims and Christians about belief in heaven, hell and angels. These data are included in this report as an additional way to examine gender differences in religion.

In 47 of the 63 countries (75%), men and women are about equally likely to profess a belief in heaven. Women are more likely to believe in heaven in 15 countries, often by margins of 5 percentage points or more. Men are more likely to express this belief only in Lebanon. When all 63 countries are considered together, there is only a slight average difference (2 percentage points) between the share of women who believe in heaven (91%) and the share of men who express this belief (89%). 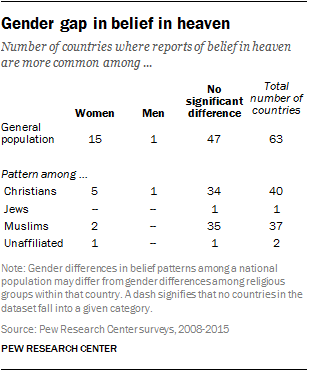 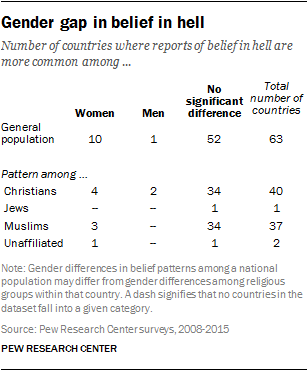 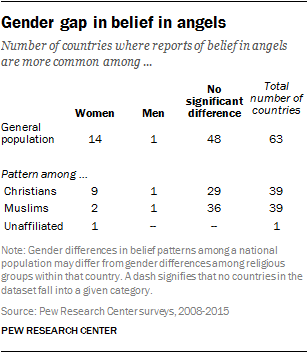 Next: 6. In the U.S., religious commitment is high and the gender gap is wide Next Page → ← Prev Page