4. Among the 25 most populous countries, Egypt, India, Russia, Pakistan and Indonesia had the highest overall restrictions on religion in 2017

More than 5 billion people – or three-quarters of the world’s population – live in the planet’s 25 most populous countries, including China, India and the United States. Looking at restrictions in these countries can give insight into how large segments of the world’s population are affected by government restrictions and social hostilities involving religion, although not everyone within each country’s borders is impacted equally.

In 2017, among the 25 most populous countries, Egypt, India, Russia, Pakistan and Indonesia had the highest overall levels of both government restrictions and social hostilities involving religion. The countries in this group with the lowest overall scores were Japan, South Korea, South Africa, the Philippines and Brazil.

In 2017, none of the 25 most populous countries experienced large changes (2.0 points or more) in Government Restrictions Index (GRI) scores. Two countries – Vietnam and the Democratic Republic of the Congo – experienced modest increases (1.0 to 1.9 points) in GRI scores. Vietnam moved from “high” to “very high,” while the Democratic Republic of the Congo climbed from the “low” category to “moderate.”

When it comes to changes in Social Hostilities Index (SHI) scores, none of the most populous countries had large changes. However, five countries – Turkey, Iran, Japan, South Africa and Russia – had modest declines. Japan declined from “moderate” to “low” levels of social hostilities involving religion, while South Africa’s score went from “high” to “moderate,” and Russia moved from “very high” to “high.” Meanwhile, Ethiopia had a modest increase in its SHI score, shifting from “moderate” to “high” levels of hostilities. 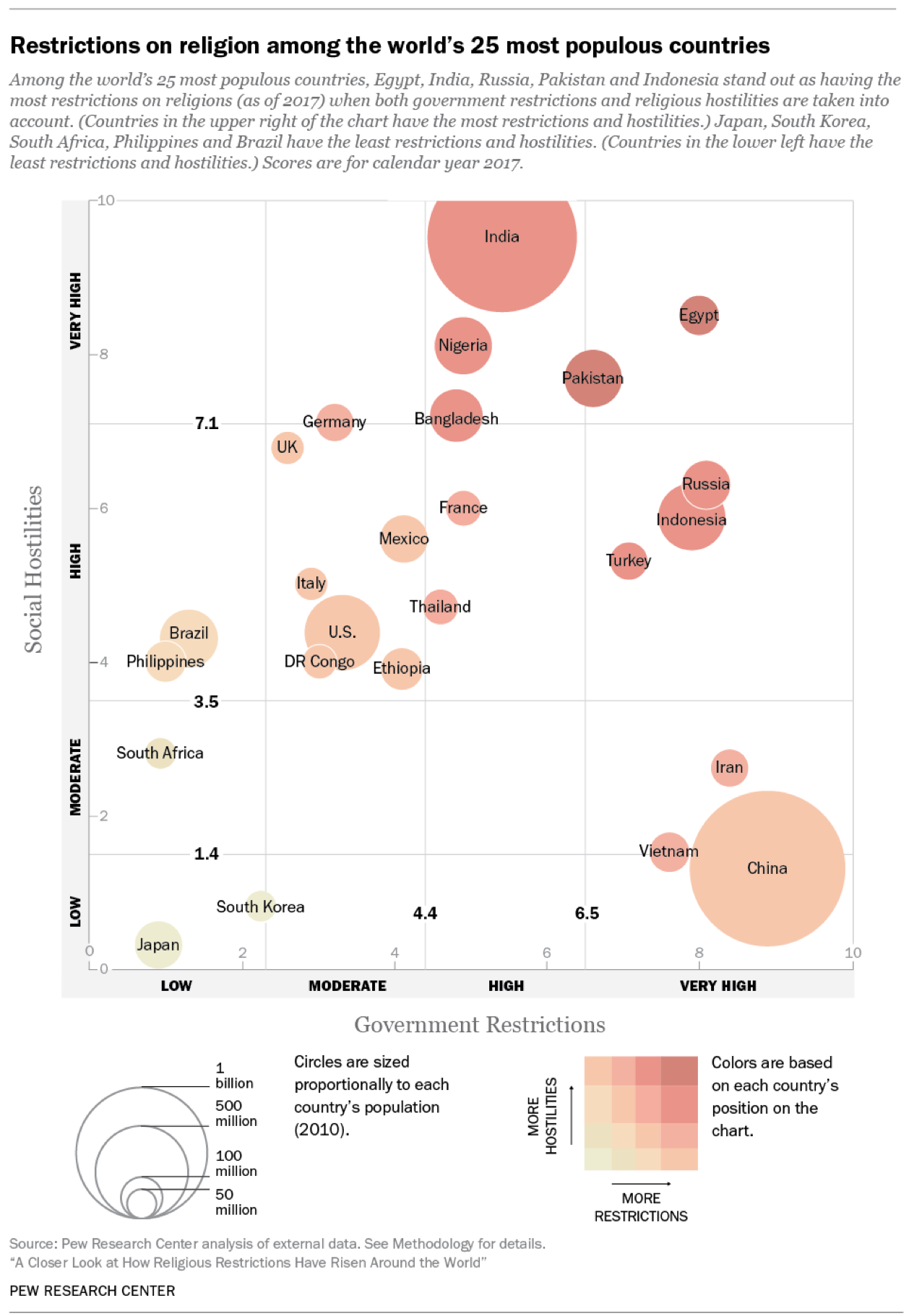 Next: Methodology Next Page → ← Prev Page