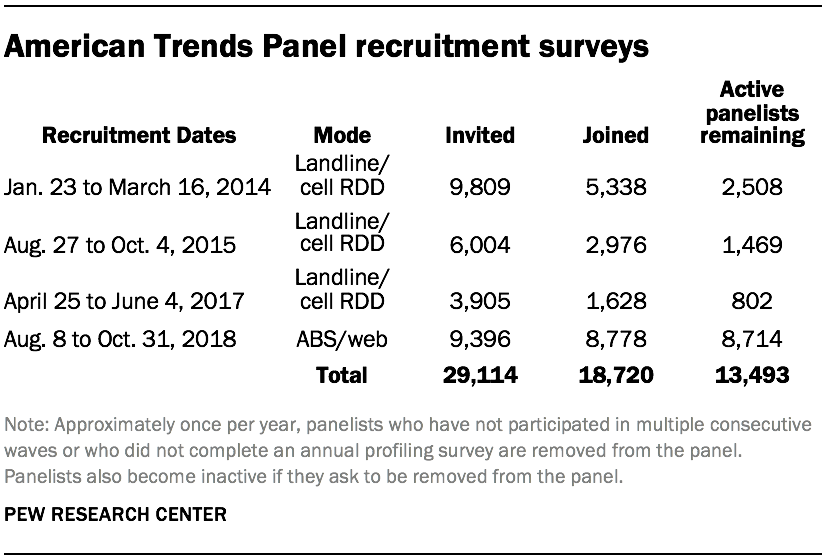 Data in this report is drawn from the panel wave conducted March 18 to April 1, 2019. A total of 6,364 panelists responded out of 8,396 who were sampled, for a response rate of 76%. This does not include five panelists who were removed from the data due to extremely high rates of refusal or straight-lining. The cumulative response rate accounting for nonresponse to the recruitment surveys and attrition is 5.3%. The break-off rate among panelists who logged onto the survey and completed at least one item is 1%. The margin of sampling error for the full sample of 6,364 respondents is plus or minus 1.7 percentage points. Many of the questions in this report were asked of respondents who attend religious services a few times a year or more often. The margin of sampling error for this group is plus or minus 2.4 percentage points.

The subsample from the ATP was selected by grouping panelists into four strata so demographic groups that are underrepresented in the panel had a higher probability of selection than overrepresented groups:

In August 2018, the ATP switched from telephone to address-based recruitment. Invitations were sent to a random, address-based sample (ABS) of households selected from the U.S. Postal Service’s Delivery Sequence File. In each household, the adult with the next birthday was asked to go online to complete a survey, at the end of which they were invited to join the panel. For a random half-sample of invitations, households without internet access were instructed to return a postcard. These households were contacted by telephone and sent a tablet if they agreed to participate. A total of 9,396 were invited to join the panel, and 8,778 agreed to join the panel and completed an initial profile survey. Of the 18,720 individuals who have ever joined the ATP, 13,493 remained active panelists and continued to receive survey invitations at the time this survey was conducted.

The U.S. Postal Service’s Delivery Sequence File has been estimated to cover as much as 98% of the population, although some studies suggest that the coverage could be in the low 90% range.9

The ATP data was weighted in a multistep process that begins with a base weight incorporating the respondents’ original survey selection probability and the fact that in 2014 and 2017 some respondents were subsampled for invitation to the panel. The next step in the weighting uses an iterative technique that aligns the sample to population benchmarks on the dimensions listed in the accompanying table. For this wave, an additional weighting parameter was added to adjust for oversampling Mormon and Jewish respondents. 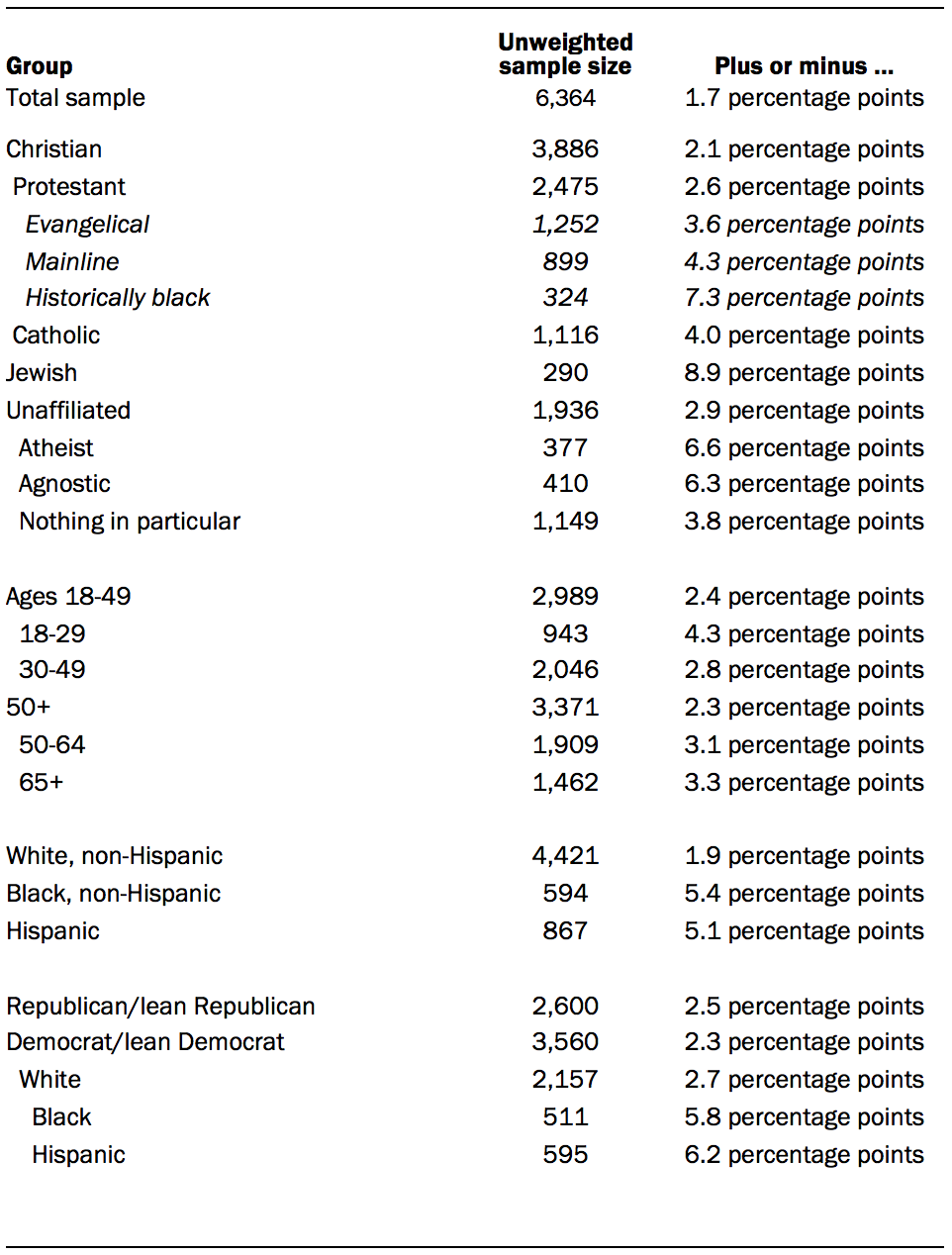