6. What do parents want for their teens?

The survey asked parents of teens ages 13 to 17 about some of their desires for their teen, including the importance of raising their teen in their own religion or with their own views on religion. Parents also were asked to assess how important it is for their teen to exhibit certain traits, such as being independent, creative or persistent, and reach certain goals, such as going to college or being financially successful. 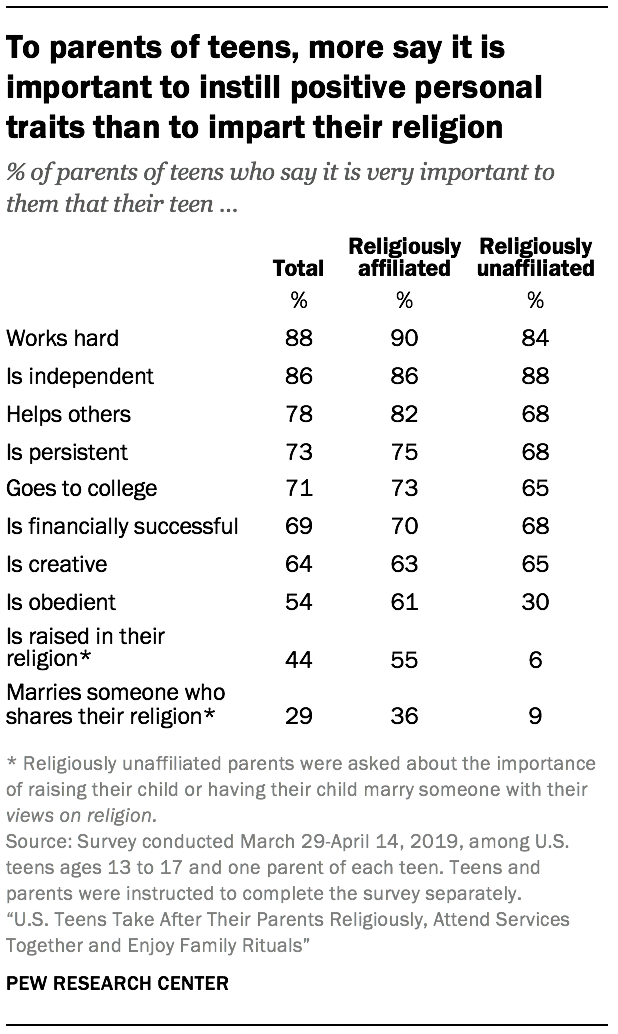 Among all parents of teens, nine-in-ten or more say each of these traits is at least “somewhat” important for their teen to have – with the exception of the two questions about religion. A substantial minority of parents say it is “not too” or “not at all” important for their child to be raised with their religious beliefs or views on religion (26%), and even more say the same about their child marrying someone from their religious group (42%).

By contrast, slightly more than half of religiously affiliated parents (55%) say it is “very important” to raise their child in their religion, and another three-in-ten say this is “somewhat important.” Affiliated parents do not feel as strongly about the religion of a possible future spouse for their teen, but still, most say it is very (36%) or somewhat (31%) important to them that their teen marry within their faith. 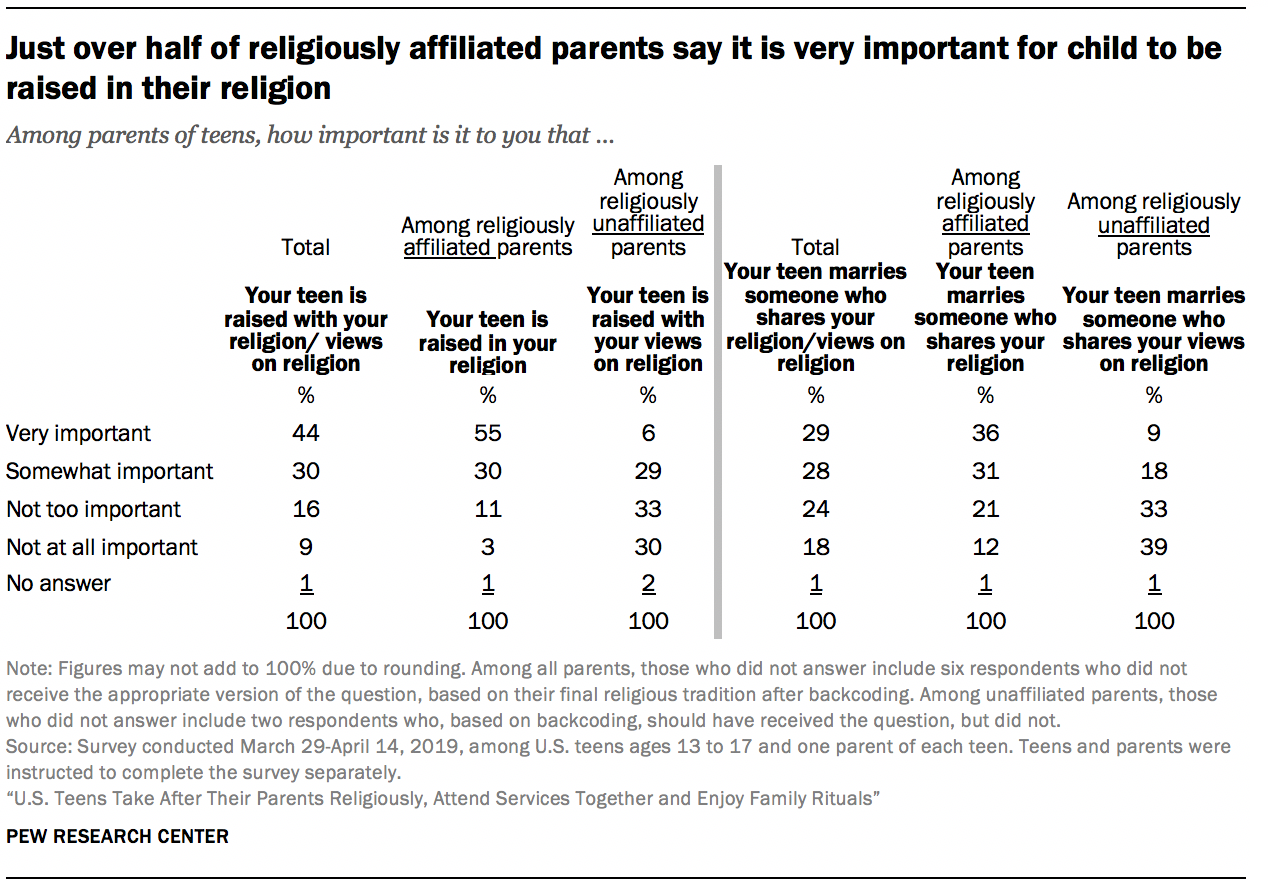 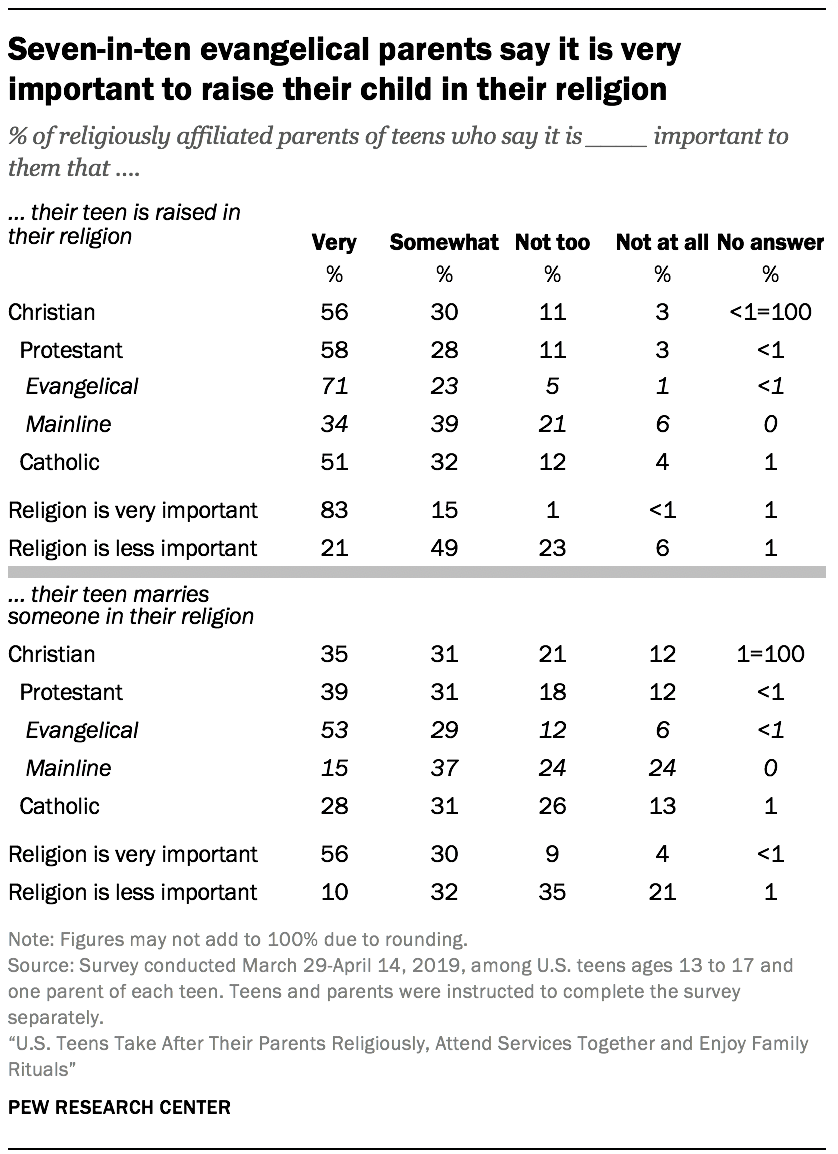 There is a similar pattern on the question about who their child may someday marry. About half (53%) of evangelical Protestant parents say it is very important to them that their 13- to 17-year-old child eventually marries someone who shares their religion, compared with 28% of Catholic parents and 15% of mainline Protestant parents who say the same.

What do parents from different religious groups want for their teens? 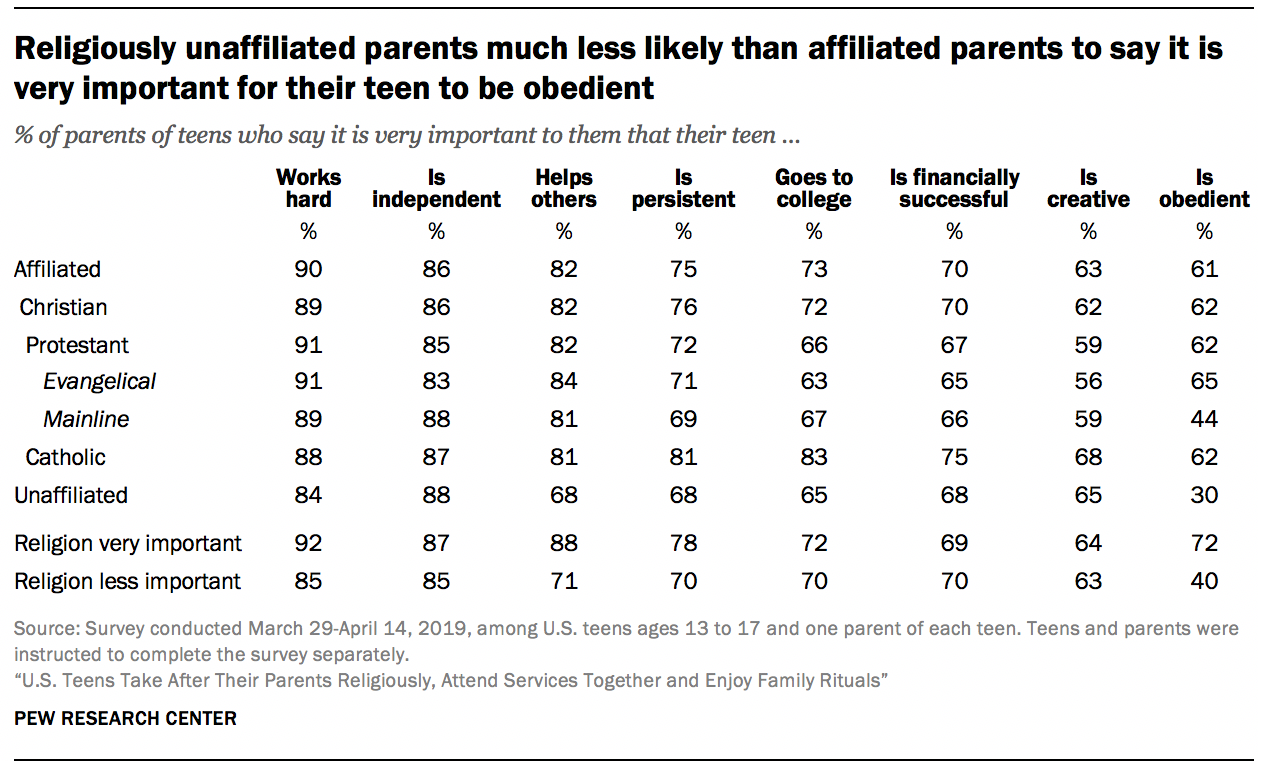