4. Restrictions on religion among the 25 most populous countries in 2018

More than three-quarters of the world’s population lives in the 25 most populous countries. Focusing on these countries can shed light on how most people are affected by government restrictions and social hostilities involving religion – although not everyone in any particular country is equally affected by religious restrictions. Religious minorities vary from country to country and are often impacted disproportionately.

In 2018, all 25 of the world’s most populous countries experienced either small changes (less than 1.0 point or no change in their Government Restrictions Index (GRI) scores. As a result, most of these countries did not shift from one category to another. Pakistan, however, experienced a very small decrease in government restrictions in 2018, moving it from “very high” to “high” on the GRI scale. (Among other things, in 2018 Pakistan’s Supreme Court acquitted Asia Bibi, a Christian woman who had been sentenced to death in 2010 on blasphemy charges.63)

In terms of changes to Social Hostilities Index (SHI) scores, three of the most populous countries had large changes (2.0 points or more) in 2018. Italy and the United Kingdom experienced large decreases in social hostilities involving religion, with Italy falling from the “high” category to “moderate,” perhaps in part because the Italian government did not report on incidents related to religious hatred as it had in previous years.64 In 2017, the United Kingdom had experienced multiple incidents of terrorism related to religion, including a bombing at Manchester Arena that killed 23 people and injured more than 100, as well as an incident in which an individual drove a van into a crowd of pedestrians gathered outside a mosque in London, injuring eight and killing one.65 No such incidents were reported in the UK in 2018.

Among the 25 most populous countries, South Korea was the only one that experienced a large increase in social hostilities in 2018, causing it to move from “low” to “moderate,” due in part to rising reports of hostilities over religious conversions. 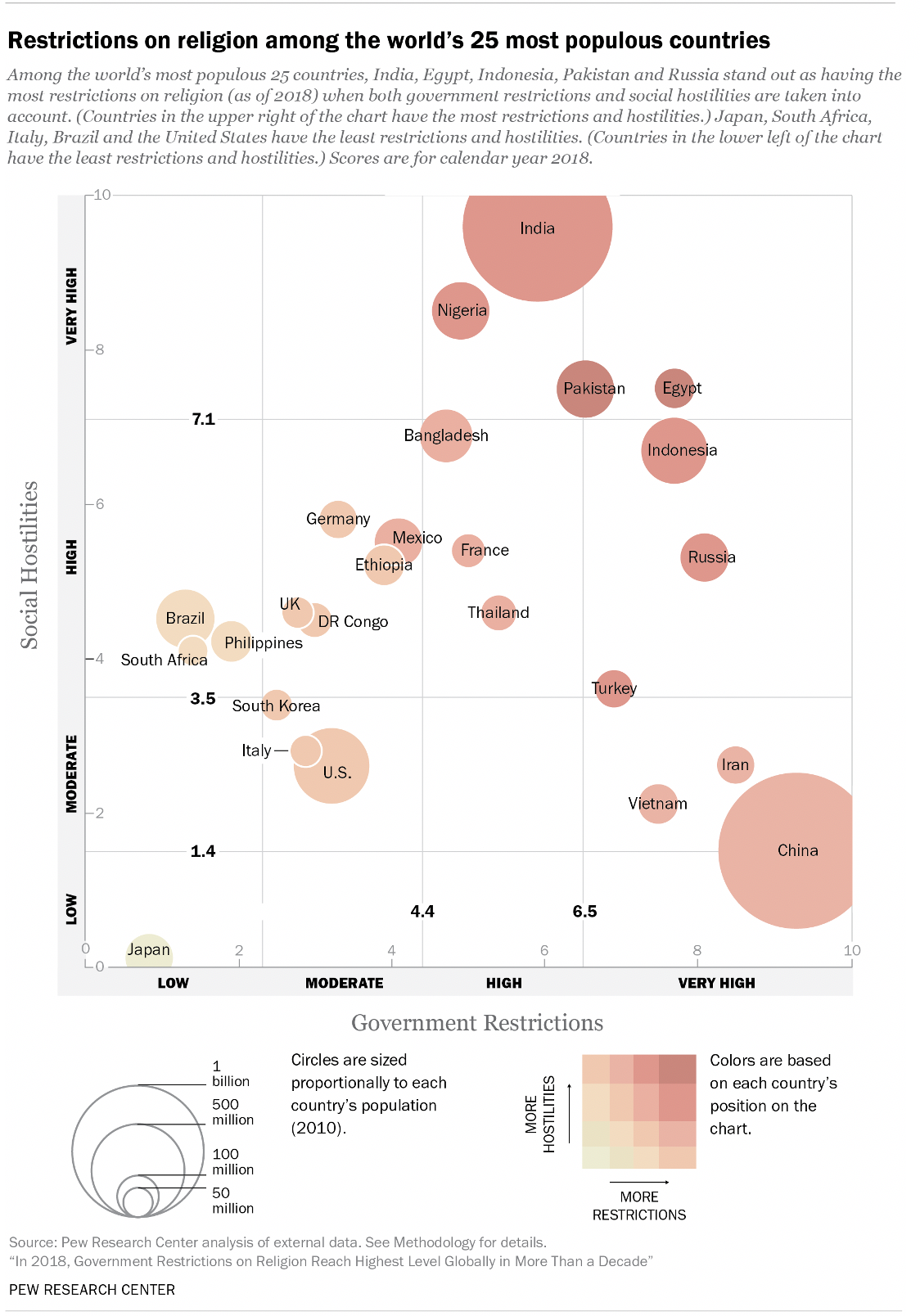