In advance of the nationwide survey of Black Americans, Pew Research Center conducted a series of seven focus groups to better understand how Black Americans talk and think about religion, race and houses of worship.

Each focus group consisted of six to 10 adults who came together for a 90-minute discussion led by a professional moderator who used a guide developed by Pew Research Center. The intent was for the groups to explore a range of topics including: 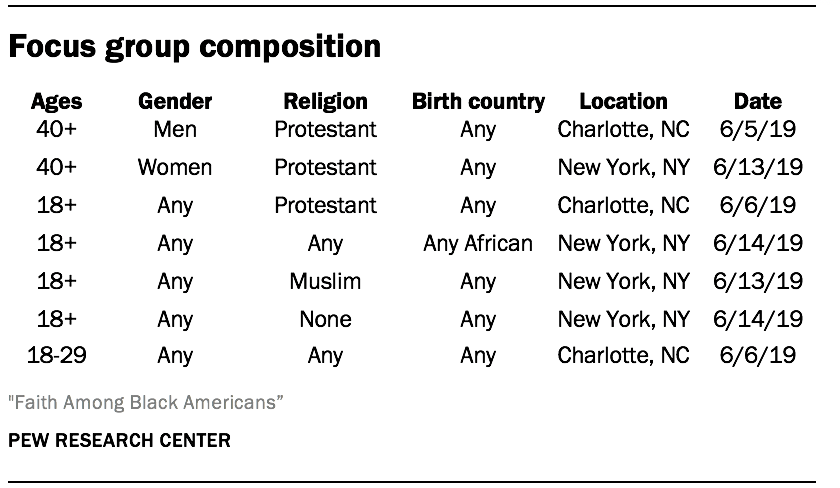 The groups were organized according to where the participants lived, their age, their gender, their religious affiliation, how often they go to religious services (if at all), the racial composition of their house of worship, and their country of origin.

C&C Market Research recruited the participants using guidelines designed by Pew Research Center. All participants were paid for their time.

The findings on how participants feel about the distinctiveness and role of Black churches were included as Chapter 1 of the report. However, all of the findings from the focus groups were used to refine the wording of questions asked in the 8,660-person survey.