4. Restrictions on religion in the world’s 25 most populous countries in 2019

In 2019, Egypt, India, Pakistan, Nigeria and Russia had the highest overall levels of combined government restrictions and social hostilities involving religion among these 25 countries. Within this group, Japan, the Democratic Republic of the Congo, South Africa, Italy and the United States had the lowest overall scores.61

In 2019, none of the world’s 25 most populous countries experienced large changes (2.0 points or more) in their GRI scores, and most experienced small changes (less than 1 point). Four of the 25 most populous countries shifted from one category to another on the GRI: Vietnam dropped from the “very high” to the “high” category, while Nigeria dropped from “high” to “moderate” and the Democratic Republic of the Congo dropped from “moderate” to “low.” Brazil, which experienced an increase in its GRI score, rose from “low” to “moderate” levels of government restrictions on religion. Brazil’s score rose due to reports that authorities enforced restrictions on religious head coverings in 2019, while the score fell in the Democratic Republic of the Congo because there were no reports of detentions, physical assaults or killings of Christians.62 (In 2018, security forces in the country targeted Catholics and Protestants protesting in support of credible elections.63)

Similarly, looking at changes in Social Hostilities Index (SHI) scores, none of the 25 most populous countries experienced large changes of 2.0 points or more. However, nine countries – the Democratic Republic of the Congo, Egypt, France, Indonesia, Iran, Italy, Mexico, South Africa and the U.S. – had modest declines between 1.0 and 1.9 points. Egypt fell from the “very high” to the “high” category on the SHI, while the Democratic Republic of the Congo, South Africa and France went from having “high” to “moderate” social hostilities involving religion. Egypt’s score on the index fell partially because there were no reports of abductions of Coptic Christian women, unlike in previous years.64 And in South Africa, there was a decline in injuries and killings resulting from terrorism related to religion between 2018 and 2019.65 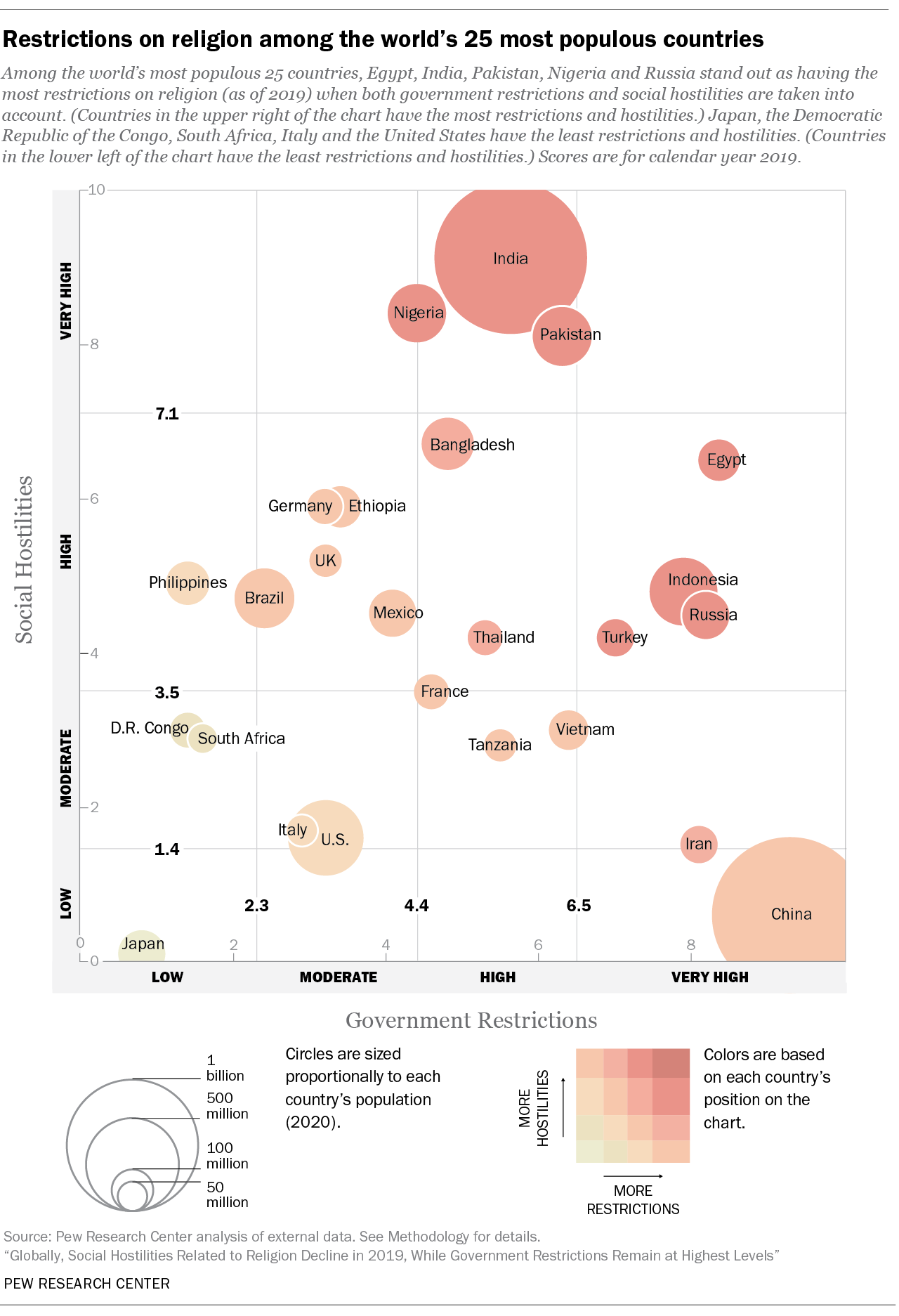