Preview For Sixtieth Anniversary Of The Liberation Of Auschwitz 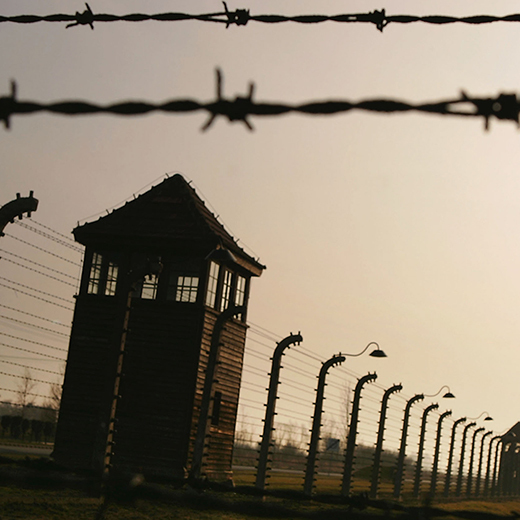 BREZEZINKA, POLAND – DECEMBER 10: Watch towers surrounded by mulitiple high voltage fences, December 10, 2004 at Auschwitz II – Birkenau which was built in March 1942 in the village of Brzezinka, Poland. The camp was liberated by the Soviet army on January 27, 1945, January 2005 will be the 60th anniversary of the liberation of the extermination and concentration camps, when survivors and victims who suffered as a result of the Holocaust will commemorated across the world. (Photo by Scott Barbour/Getty Images)

Preview For Sixtieth Anniversary Of The Liberation Of Auschwitz