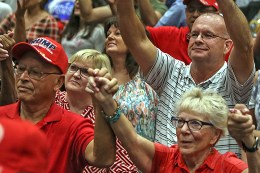 For Many, Religion Is a Regular Part of the Public School Day

News in the Numbers

Eastern and Western Europeans Differ on Importance of Religion, Views of Minorities, and Key Social Issues

Religion And Education Around The World

The Gender Gap in Religion Around The World