13 Oct 2003, Pinellas Park, Florida, USA — Terri Schiavo (R) shown with her mother Mary Schindler (L) in this undated family photo is the center of a legal battle in Pinellas Park. Schiavo’s biological family has begun an around-the-clock vigil outside the hospice where Schiavo now lives. Schiavo, 39, is scheduled to have her feeding tube removed, at her husband’s request, and is expected to die within two weeks after the tube is removed. She has been in a vegetative state since suffering a heart attack in 1990. — Image by © Handout Courtesy of the Schiavo Family/Corbis 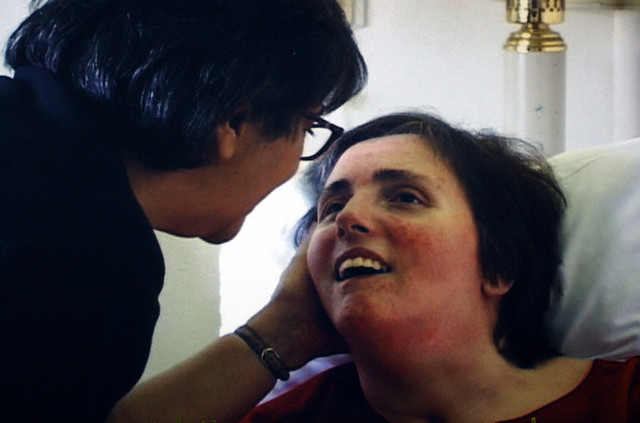